Sparbanken Sjuhärad, Sweden’s second largest independent savings bank, has for almost 190 years played a central role in the success of the Sjuhärad region. Priority developed the communication concept ”Mer än en bank” (More than a bank) to increase awareness of the bank’s work and differentiate itself from other banks. The communication campaign, that includes both digital, print and outdoor, highlights the people behind the various commitments that Sparbanken Sjuhärad supports – such as local entrepreneurs, athletes and association activists.

Priority has also led the development of the bank’s internal value-based work, which has been further developed and digitized to more clearly integrate it into the employees’ daily work. 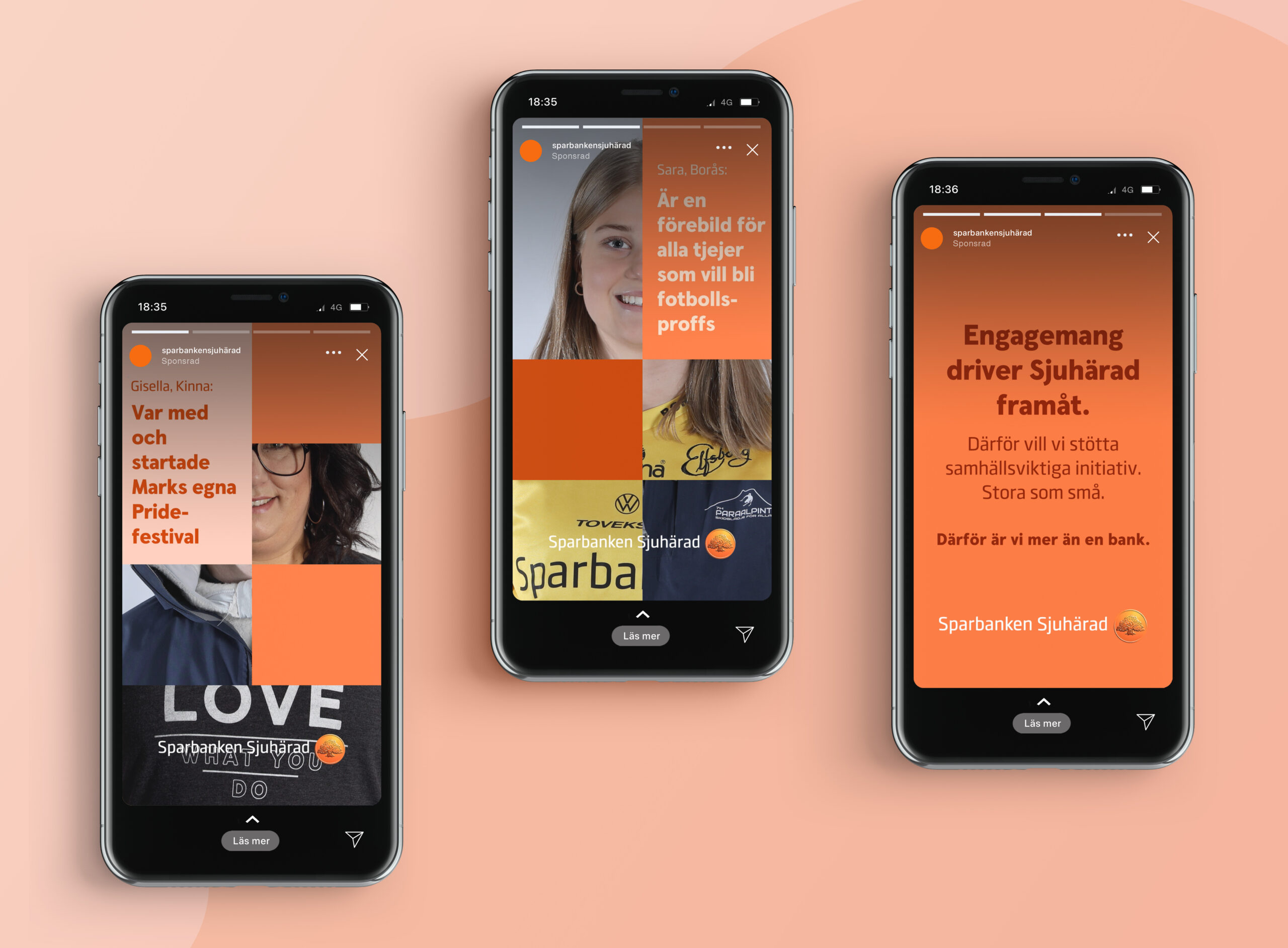